Introduction to the “Belt and Road in the great power game" project of the Events in Focus, 2019/9 “Events in Focus" is an independent media in Taiwan, focusing on social movement and practices the realisation of the movements through its role as an "media".   The "Game of Belt and Road" project was introduced in 2017, hoping to go beyond national borders, basing and taking off from the, new conditions of the global political; economical and social developments of the conflicts, between the major capitalist states.  Along the routes of the "One Belt One Road" project advocated by the Peoples Republic of China, and to develop international reports concerning the global concerns.

Last year (2018), the investigations and reports on the "Jakarta-Bandung High-Speed Rail" and the "City without Slum (KOTAKU)" in Indonesia were completed and published.  Studies on the Indian and international movement against the waterworks projects of the Narmada River funded by loans from the World Bank, and the implementation of the Environmental and Social Framework, ESF later developed by the World were made and laid out to show their role in the Global Neo-liberalism development. 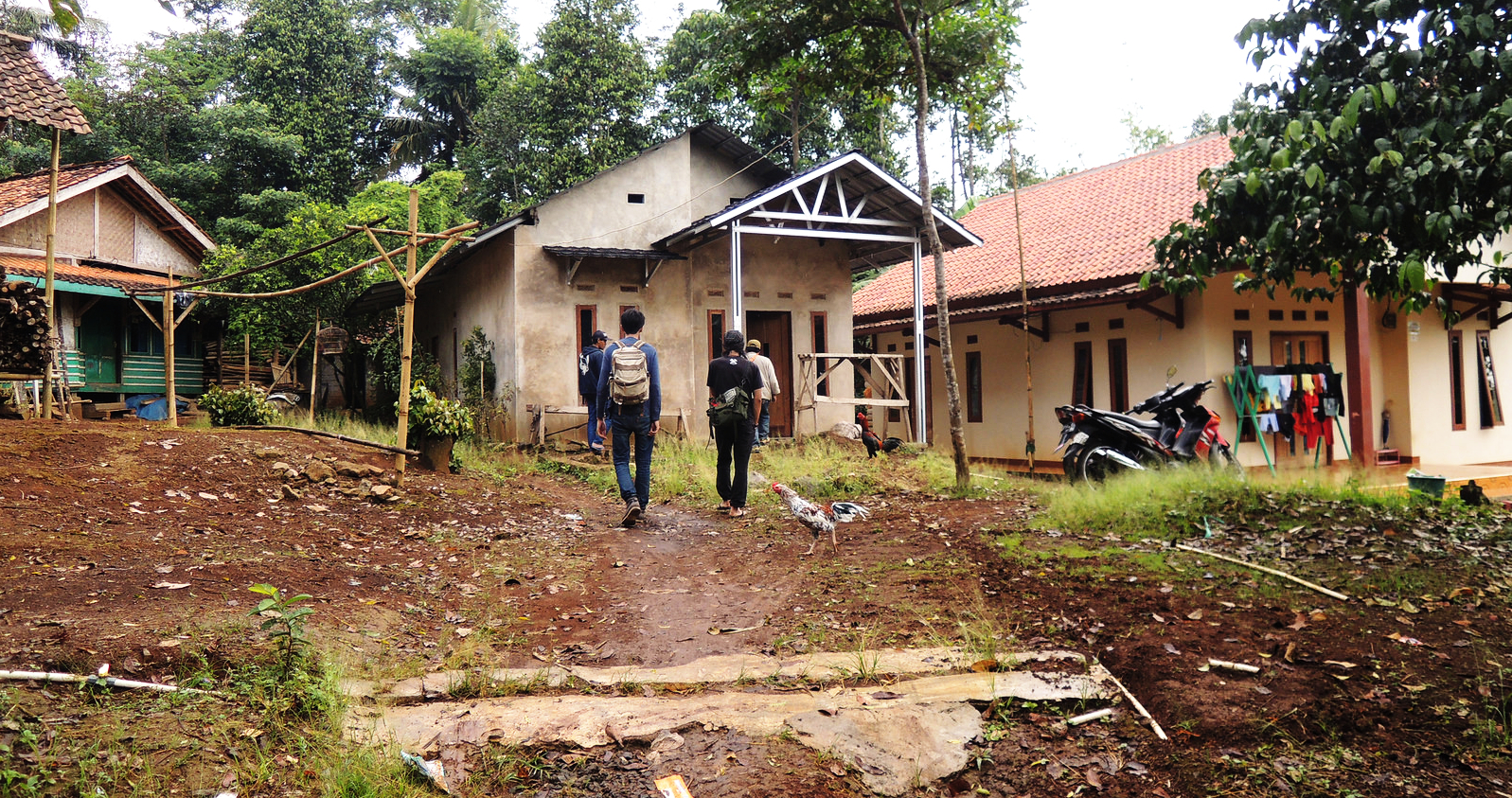 This year (2019), we intended to visit the hydro-power plant at Batang Toru, North Sumatra of Indonesia, to learn about the menance to the local tribes and ecology of the hydro-power plant of Japanese design and Chinese investment.  We will also visit Thailand and Laos along the Mekong River, to learn about the competitions and cooperations with the river management and the related infrastructures of the important river of the Indochinese Peninsula with its headwater in the Peoples Republic of China, as Lancang River.

The basic methodology of these works are, to get in touch with the local residents being affected by the international infrastructures, to interview them and draw up reports, and collect related informations extensively on the individual situation and the overall project, to develop a perspective with substantial overview.  In June this year, when the massive social movement "Against Extradiction to China" happened, we have also made a series of reports with such an awareness.  Besides reporting on various aspects of the movement, we also dealt with the political; economical and historical questions, we have also noticed how Hong Kong, being an important window of the "One Belt One Road" project, and how it is being integrated into the infrastructure development of the Pearl River Delta gradually. 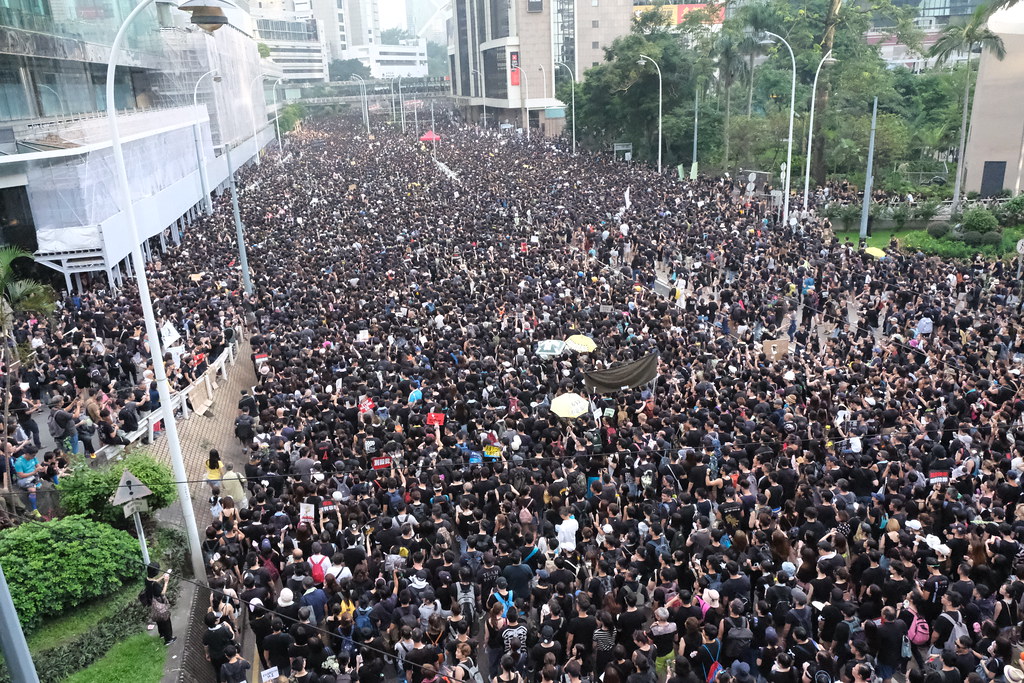 In these works, we discovered, the "One Belt One Road Initiative" project developed from the original infrastructure development projects of the countries along it routes, is closely related to the development of imperialism in these areas.

for example, the water conservancy projects of the various countries can be dated back to the reservior projects in Korea and Manchuria, pushed forward Japan before the Second World War.  Under occupation by Japan during the Second World War, the same were also being pushed forward in the South East Asia.  After the War, they were being continued in the form of "compensation".  After that, the World Bank, the Asia Development Bank, or the other infrastructure development banks of United States and Japan, kept pushing it forward in various countries in the form of loans.

This is to say, from the imperialist colonial economy to these "dependent developments" which is pushing forward the global capitalism, and the policies and infrastructures which benefit the flow of capitals across countries, have been progressing continuously for more than a hundred years.  The rising up to power and the exporting of its surplus capitals of the Peoples Republic of China after the millennial, is only one among the many competitors.  Or it could be said, the "Go Out" policy of the Peoples Republic of China, is to get onboard of this stage already built by the imperialists.

Therefore, besides the actual interviewing projects, we planned to do more on data compliations and develop discussions.  We will visit Japan, to learn about the history and current situation of its capital outflows to the Asian countries on infrastructure development, to serve the benefits of the Japanese transnational capitals, before and after the War.  We would also like to learn about the advocacy and action on the monitoring of the transnational infrastructure development bank by the civil society of Japan.

The realisation of capital outflow through the state own capitals is what is different between the Peoples Republic of China and the other big capitalist states.  This is a special characteristics of the "Crony Capitalism" of the Peoples Republic of China.  The understanding about the state owned entreprises, is the understanding the core concerns of the "One Belt One Road", this is the main work that we are working on this year.

Being an independent media engaging itself closely with social movement, facilitating connections and dialogues between different areas of social movements is an important part of its works.  The "Game of Belt and Road" project was launched with the awareness that such studies and works within the border of a single country or locality cannot be completed, so we wished to breakthrough territorial and cultural borders, to facilitate understandings between the grassroots internationally, or even tthe possiblity of further connectedness.

In this project, the reason we chose to start from the "One Belt One Road" initiative, is because it is an important milestone of a new era which the global capitalist system came out from the "Cold War".  And after the Cold War, the conflicts between the transnational capitals and big states had become even more fierce.  We wish to find the possibilities of actions basing on the benefits of the grassroots communities of the various countries, other than the profits of the powerful capitalists, through the concerns on the development of the "One Belt One Road.  Therefore, the core value of this project is "anti-imperialist and anti-colonial", and it is not "anti-communist and anti-China".

It has to be done continuously and regularly throughout an extended period, or it will not bear fruit.  "Events in Focus" is just a small team and needed more helps, we do not want to rely on any individual benefactor or the various funding programmes, we would rather sought distributed and small sum donations to support our works and to maintain its independence.

Calling for donations is an important aspect of our promotion of media advocacy action, and to foster relationship with our supporters and audiences.  It is in itself, a movement.  This is also an important reason why we have to "Go Beyond", wishing to make dialogues with friends around the world, and to connect our antennas towards the worlds.